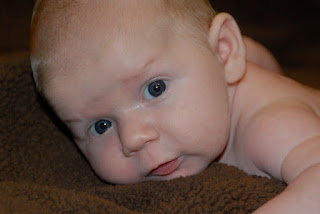 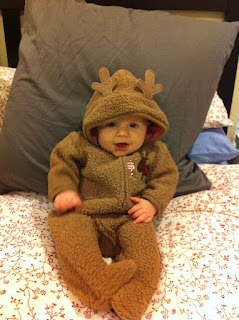 Now that we have a child, we thought it was about time to send out a Christmas card. This past year has been very eventful and here are a few of the highlights.
December 2010 – Abigail is hired to teach ESL math to 6th, 7th and 8th graders. (All of her students have been in the U.S.A for less than three years). The school is conveniently located two blocks away from our house. The day she started teaching was the same day we found out she was pregnant.
January – Morning sickness sets in and Scott starts traveling all over the country, first stop: Tuscan, AZ, followed by Salt Lake City, UT. This time accompanied by Abigail to surprise her mom, Lisa, for her birthday.
February – Scott stays in Utah to recruit at BYU, meanwhile Abigail is in Texas with terrible morning sickness and the stomach flu. She decides that being alone is no fun and Scott feels horrible that he is away.
March – Scott is off to San Francisco for a week, but is back in time for his parents, Gary and Sharon, to come to Austin for the first time. This month’s big news: it’s a boy!
April – Scott and Abigail plant 7,000 square feet of sod at the beginning of the worst drought on record. (Be glad you don’t have our water bill). Scott is back to Utah again and Abigail’s grandma, Rhoda, comes for Easter.
May – Scott is off to Toronto for a couple days. As soon as he gets back, Abigail and Scott are off to Georgia to Abigail’s friend, Allison’s, wedding. Levi, one of Scott’s young men, moves in to stay until the baby is born.
June – Abigail starts summer school and Scott stays in Austin for the first full month of the year. Abigail makes the 24-hour drive with a friend to Utah to escape the heat of the hottest Texas summer ever (8 months pregnant!).
July – Scott flies out to Utah. He and Abigail spend time with family for the 4th of July. Scott spends the rest of the month heavily involved with preparations for NI Week, a large technology convention (a.k.a. nerd central). Abigail stays busy with math trainings and preparing for maternity leave.
August – The greatest present we received this year, Andrew Michael Wiest was born on the 20th, after waiting 9.5 long months (he was 2 weeks late). A week before Andrew arrived, Abigail’s brother, “Uncle” Andrew, came to stay for two weeks. Shortly after, Lisa came to help with the baby followed by the world’s most adoring grandpa, John. Abigail is released from being Cub Master after putting her whole heart into the calling.
September – Abigail and Scott celebrate their birthdays and Gary and Sharon come to meet their newest grandchild. (Conveniently, it was also the BYU/Texas game the same weekend.) Everyone then traveled back to Utah for 2 more weeks, starting with a baby blessing and ending with Abigail’s sister, Catherine’s, beautiful wedding to Preston Wallis.
October – Scott heads off to Boston and Abigail prepares to begin teaching at Webb again. Scott, Abigail and Andrew meet up in Utah where they then make the drive back to Texas. We now are a two-car family! Shortly after returning to Texas, Abigail and Andrew fly to Cincinnati for Catherine’s reception there. While they are gone, Scott heads to San Diego for a training for a couple of days. By the end of October Andrew is eight weeks old and has been on 10 flights and a 24-hour car ride; like father like son.
November – Lisa (the cooking and cleaning fairy) arrives for a week to spend time with her favorite grandson. Scott goes to Boston (again) for a week and when he gets back he starts a new position at NI. Scott is now working his dream job as a Systems Engineer for calibrating and testing cell phones. Scott spends long hours learning his new role while Abigail prepares a Thanksgiving feast. They have a small group of 20 people to celebrate and give thanks. (Scott feels like it’s too many; Abigail doesn’t think it’s enough.) Andrew starts to vocalize more and more, and sometimes won’t stop talking, confirming the fact that he is indeed Abigail and Scott’s son.
December – Abigail is called as a young women’s advisor, finally joining Scott as a youth leader in their ward. Andrew finds his feet and loves to suck on his toes. His little personality is developing and he loves to smile and laugh at anyone that will give him attention (and there’s no short supply of that). Scott has one more work trip to San Francisco for a couple of days and loves his new role. All are now getting ready for the final trip of the year: home to Utah for Christmas.
All in all, it’s been a great year. Scott has crisscrossed the country, Abigail has learned that single parenting is not her thing, and Andrew has brought more joy to our life than we could have imagined. Hotel Wiest still has vacancies so come visit!
We love being three and wish you and yours a very Merry Christmas and a Happy New Year.
Much love,
Scott, Abigail and Andrew Wiest
PS. One of our resolutions for 2012 is to update our blog frequently. Please feel free to visit and see if we make good on this: www.wiestfamily.com
Posted by Unknown No comments: 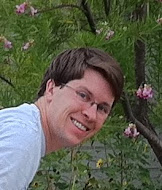 Mobile device and tech guru who travels the world working. When he's not traveling he can usually be found doing yard work 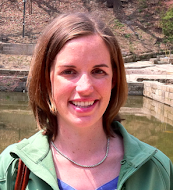 Mom-to-be of three, freely gives her time to take care of the baby(ies) and anyone else that she encounters. She spends her time running after Andrew and making our house beautiful

Happy ten month old who loves to talk, smile, laugh, speed crawl, and getting into everything.